I'd like to say a big THANKS to everyone that helped me make it to the School Sports National Swimming Championships. I would especially like to thank the Kalgoorlie Amateur Swim Club, City of Kalgoorlie Boulder Community Grant Program and the Australian Sports Commission Local Sporting Champions Grant program for the financial support I received to help me get to the SSWA Swimming event.

I would also like to thank my family, swimming club coaches, friends and the Kalgoorlie-Boulder community for all of their support.

On the 6th to the 14th of September 2013 I was in Adelaide, SA to represent WA in the National School Sports Swimming Championships where I was to race against the top swimmers from schools across Australia.
This event took place at the new and impressive South Australian Aquatic and Leisure Centre and included all the top school age swimmers from across the country who were competing for the highest ranking in Australia.
Individual events were on four of the six days and the first and final days included relays.

In some of my events I achieved what I wanted and in others I didn't manage to do what I had set out to do. Throughout the week I did achieve four personal bests including a 26:86 seconds time for the 50 freestyle. I placed twelfth in this event, 12th and 13th in the 100 and 200 freestyle and 15th in the 50 breast.

Our 14 year old relay team made national times while I also achieved a national time in my 50 freestyle. These times have placed me in the top five in the state for long course competitive swimming.

What I hope to do in the future is make it to the National Championships as part of the state squad and hopefully medal in that. That will take a lot of time training, focusing on my endurance and technique. Once I have completed that I hope to represent Australia in a Youth games, Commonwealth Games or maybe even the next Olympics in Rio.

Throughout my 5 years in the club I have made a lot of new friends and I am still enjoying competitive swimming. 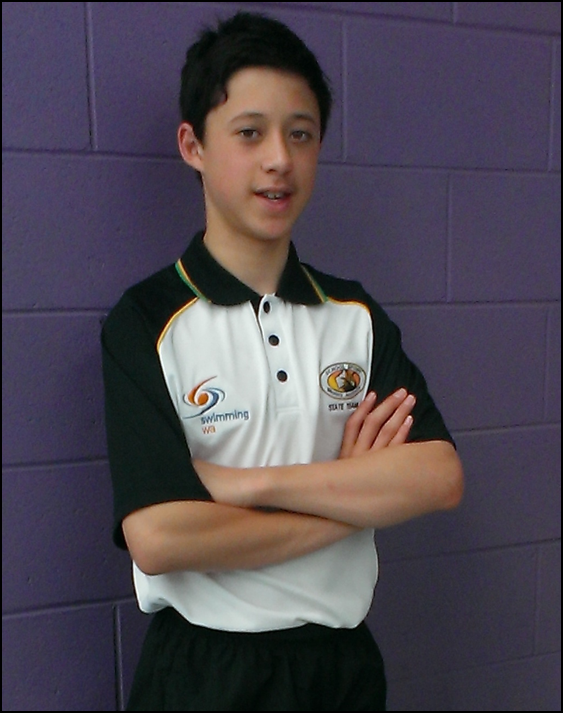